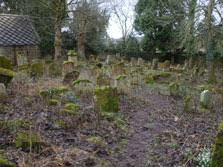 Unspoken Water is a collection of poems and short stories published by Red Raw Press and edited by Ian Hunter presented in chapbook format.

First up, I have to say I feel somewhat out of my depth attempting to review the poems contained in this collection. The phrase "I may not know much about it, but I know what I like" is entirely applicable here (and what I do like in my extremely limited exposure to the world of poetry is the work of Simon Armitage and John Hegley). Any form of art is about creating an emotional response and, like painting, poetry has more leeway to be abstract, to work on the subconscious, engendering that response by presenting random images and concepts. Of the four poems in this collection, the most effective for me was The Invisible by Kristine Ong Muslim, creating images of arcane rituals and dealings with dark forces.

As for the stories:

For Shame of Doing Wrong by Joel Lane opens the collection and tells the story of the aftermath of the breakdown of a relationship. This is a short but complex (perhaps perplexing is more accurate) story that on first reading had me wondering what exactly was going on. Subsequent readings did little to clarify the matter. This is in no way a criticism - I enjoy stories that make me think and I'm a sucker for a hefty dose of ambiguity. The theory that the true author of a story is actually the reader is one with merit - forming your own ideas of what a story is about brings its own sense of satisfaction. Is this a ghost story? Maybe. Still not sure who the ghost is though...

Pull My Finger by Gary McMahon is a more straightforward read and is a chilling story from (in my opinion) the best writer of horror fiction currently working. Old people can be incredibly scary to children and this story plays on those fears superbly. It's also about the fear of death and the scene where the young boy goes to see the body of his Grand-dad laid out in his coffin is incredibly effective - not least because it was something I experienced when I was young and the custom was still prevalent. Needless to say I didn't experience what happens in the story but it was still an un-nerving experience for me, truth to tell it terrified me. Anyone who's read Gary's All Your Gods Are Dead will no doubt recall a particularly horrible scene in a toilet - there's another one here that's equally as disturbing. It's another great story from Gary McMahon and is my favourite of the collection.

Little One is by Steve Rasnic Tem and tells of a section of society known as "Changers" - people with the ability to metamorphose. The story reads like a snapshot of a much bigger piece and I don't know if this is actually an extract from a longer narrative. It does work as a stand-alone piece though and though it may hint at a bigger picture there's enough information in the story for the reader to hold onto, there's the suggestion that not all Changers are comfortable with their unique powers, perghaps even a prejudice towards them from society as a whole.

The House On Anderson Mesa by Jeffery Scott Sims confused me at first written as it is in first person but using language and phrasing that seems formal and arcane - I honestly thought this was a period piece when I began reading it so it was a bit of a shock to realise it's actually set in present day. The style continues all the way through the story and to be honest I found it a wee bit jarring. It's in essence a haunted house story set in the desert around Flagstaff, with the story slipping into horror cliche occasionally. The ending is probably not as much a surprise as was probably intended and I found the last line to be... well, clunky.

On The Beach by Andrew Hook completes the collection. "When people see me, they see a disturbed young man" the narrator tells us early on in the story, a pretty strong indication of his unreliability with respect to the tale he's telling. It's a disturbing stream of consciousness from the mind of a man with a fixation on death - particularly water-related death - which may be as a result of a relationship interrupted by the attempted suicide of his partner. As with For The Shame of Doing Wrong, it's a story that's thought-provoking and open to interpretation. It's a strong bookend though for a very good collection of stories.
Posted by Anthony Watson at 16:45