The name Daryl has two possible derivations - from Middle English, meaning a place of wild animals, or Old French meaning "little darling" thereby pretty much covering both extremes of human behaviour. The 1985 science fiction film D.A.R.Y.L. featured as its eponymous hero a boy whose brain is a computer housed in a human body. Little wonder then that Gary Fry has chosen the name for the main character in his new novella Savage from DarkFuse which provides another blend of psychology and horror which is fast becoming the author's trademark.
(Of course, it may be that he's just a fan of Hall & Oates but as a theory I have to say that I can't go for that).
Savage finds the aforementioned Daryl - a cognitive scientist - in an isolated part of the Yorkshire countryside, seeking petrol for his car which is running low on his journey home from a conference in Durham. He stumbles into an area where the landscape seems too clean and precise, too ordered to be entirely natural and, within it, a village whose inhabitants reflect that unnaturalness, staid and formal - a group who make Presbyterians hedonistic by comparison. An encounter with a young woman provides some enlightenment when she asks whether he is one of the undisciplined...
Savage explores similar themes to Gary's novel Severed - the conflict between the extremes of human nature and behaviour. Are we animals kept in check by a sophisticated computer or is the programming of that computer flawed thus leading to indiscipline? There's much imagery employed here to reinforce the arguments, the disciplined world all hard angles and precision whilst the "savage" components are - well, I won't spoil it here but suffice to say the embodiment of the darker side of human nature is not something you would want to bump into on a dark night. There's even a self-referential sacrificial squirrel - which is possibly the most surreal sentence I've ever written.
There's a lot going on here, issues of perception are also raised and how context and environment play a significant role in how "others" are perceived but this actually leads to my only criticism of Savage - that it's really too short to do justice to the themes being explored. The reduced word count has given it a feel of being crammed in, magnifying the contrived feel to the narrative. A higher word count would have given the ideas more room for manoeuvre, space to breathe and allowed more subtlety.
A minor criticism however, as with all of Gary's other works Savage will stimulate the intellect whilst at the same time providing an entertaining read. It's available from DarkFuse in June. Not buying it would be a significant error of judgement...
Posted by Anthony Watson at 10:35 No comments: 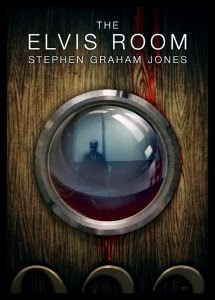 The resurgence in the horror chapbook seems to be going from strength to strength with the well deserved success of the Spectral Press imprint as well as others, including This is Horror. One of the latter's publications, Conrad Williams' The Fox was indeed one of my picks of the best of 2013. I was very much looking forward therefore to their latest release, The Elvis Room by an author I must shamefully admit was new to me, Stephen Graham Jones.
My shame deepened after reading The Elvis Room, along with a growing sense of annoyance that I hadn't read any of Stephen's previous work as this is already a contender for my favourites of 2014 and is the best thing I've read so far this year.
It's a marvellous concept behind the story, a disgraced experimental psychologist investigating the urban mythology behind the so-called "Elvis Rooms" - a term made up by the psychologist to describe the room in every hotel that is kept empty just in case someone famous and/or important turns up unexpectedly needing a room. The myth is expanded to incorporate the death of a resident or residents when the "Elvis Room" is occupied.
It's a first person narrative from the perspective of the psychologist and so skilfully done as to create a brilliant character study. Driven would be a polite way to describe him, obsessive probably more accurate as his personal life and relationships wither and die, the price paid for his compulsive quest for knowledge. Obsessive? Yes. Unreliable? Maybe...
That obsessiveness is first displayed in the events that lead to his dismissal and disgrace (as well as that of a colleague) - a wonderfully atmospheric passage in which high-tech equipment provides evidence that ghosts do exist and that atmosphere intensifies as the story progresses and the (now maverick) investigations relocate to hotels, institutions that are quite possibly the spookiest places on the earth.
It's all high-concept stuff - something that often fails in horror writing as the original idea, intriguing and original as it may be, doesn't always resolve into a satisfactory conclusion. This is absolutely not the case here, the denoument and the explanation which is uncovered makes absolute sense, tying in perfectly with all that has preceded it and providing an eminently satisfying conclusion to the story.
Oh, and it's really scary too with some genuinely creepy moments that will make your hairs stand on end. (The reason for using that particular cliche will become apparent when you read the story...)
The Elvis Room is an outstanding piece of writing; intriguing, clever and downright scary and I thoroughly recommend it.
Posted by Anthony Watson at 11:29 No comments: 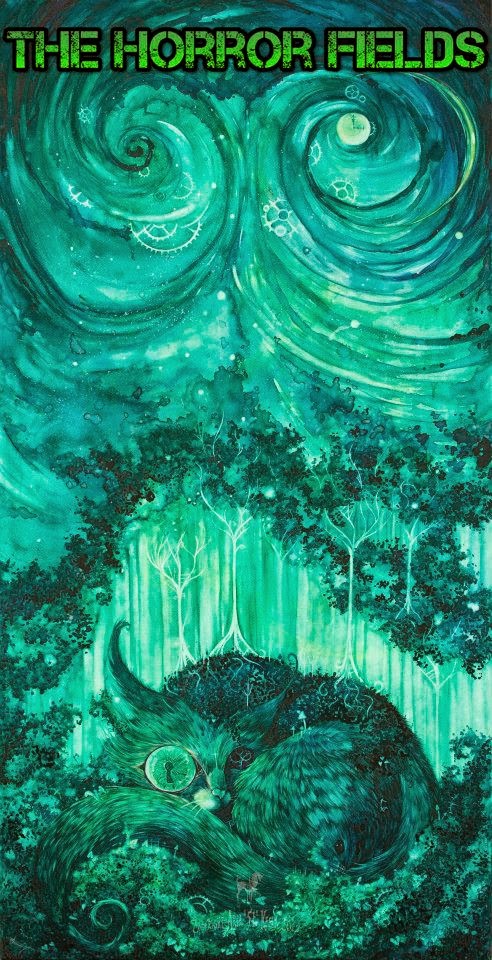 The Horror Fields is a collection of ten "rural" horror stories published by Morpheus Tales. I ordered the paperback version which was a chapbook design, something I guess that managed to keep the production costs down but which has had the unfortunate effect of forcing the text into such a tiny font size that it's quite difficult to read. (Especially when you're as old as I am).
The back cover proclaims Morpheus Tales to be "the UK's darkest and most controversial fiction magazine" so it was a bit of a surprise to find that the first story in the book, Untouchable by Rosalie Parker was so - well, gentle I guess. It's a tale of the past resonating into the present when a ranger, James, finds a torn red dress whilst working on a wall repair. There's a story within a story within a story here with hints of witchcraft and a subtly created sense of unease to provide an atmospheric start to the collection.
Figures in a Landscape by John Coulthart takes ley-lines and standing stones as its starting point in a wonderfully atmospheric tale which contains some lovely imagery and which hints at nature taking revenge for its desecration, here evidenced by lines of pylons extending across the countryside, reclaiming its powers in the most terrifying of ways.
Bluehill Gang by Don Webb seems a strange story to include in this collection. Actually, it's a strange story full stop, telling of an initiation ceremony for a group of kids made to spend the night in a remote hut. Enlightenment ensues, with glimpses into the nature of evil but - to be pedantic - the "rural" aspect of the story is slight to non-existent so it's odd that it's found a home in a themed anthology.
Where the Marshes Meet the Sea by Edward Pearce, on the other hand, perfectly encapsulates the theme of the anthology with a tale in which the landscape itself provides the horror, telling of the eponymous location, a place that doesn't feel right, evil even - sensations that turn out to be entirely justified.
It's odd to find that Live Bait Works Best has two authors, being as short as it is, but so it does - Murphy Edwards and Brian Rosenberger. Quite how the labour was divided I'm not sure, there's certainly no changes in flow or tone in the story to indicate where responsibilities for the narrative changed. This is a good thing and this is a good story. The title will probably provide enough hints as to what's to come but this story of an angling break for a businessman still manages to provide some extremely well drawn characters and a shocking conclusion.
There's political allegory overflowing in James Everington's Across the Water (even in the story's title) which tells of Griffin (and yes, that's a very specific and pertinent choice of character name right there) taking a summer job maintaining and operating a lock on a canal, a job that does indeed involve opening floodgates. It's a cleverly written tale of karmic revenge with Griffin's prejudices coming back to bite him literally (or not - as the case may be) by a bunch of parasites. Lovely stuff.
Bus Routes Through the Sticks is by Richard Farren Barber and it wasn't until I'd finished reading it that I spotted the lovely pun in the title. It's a familiar set-up - hiker gets onto a bus in a remote location and begins to wonder where it's taking him - but it's a fine variation on the theme with a well crafted sense of slowly building paranoia.
The Rocking Stone by Ian Hunter didn't quite work for me given the suspension of disbelief it required was just a wee bit too much. Not in the overall concept - which is a very good one (though similar to that of the Coulthart story) - but in the narrative framework that it hangs on. A shame, as the conclusion is very well done and very effective.
There's a fine line between literary writing and purple prose and, unfortunately, I feel A Remembrance of the Strange by Justin Aryiku falls into the latter category. I found it overwritten and overblown, the indulgent prose having to be clambered through to find the slight story hidden within it.
Whether you regard surrealism as a way to "resolve the previously contradictory conditions of dream and reality" or simply as a load of self-indulgent bollocks, that opinion will inform your appreciation of the final story of the collection Stale Air by Rhys Hughes. I know little of absurdism, it's a genre I rarely encounter, I can't tell my Auster from my Albee and, given that it mostly revolves around characters discovering there is no inherent purpose in life, there seems little purpose in trying to offer an opinion of this story (other than it put me in mind of a pickled cabbage suspended over a sea of pink typewriters through which swim sharks singing Happy Birthday, backwards, in Portugese. Harsh, I know -but hey...)
As with any collection, The Horror Fields is a curate's egg. The good outweigh the bad though and I do recommend that you buy it - which you can do here.

Posted by Anthony Watson at 11:12 No comments: