Some Will Not Sleep. 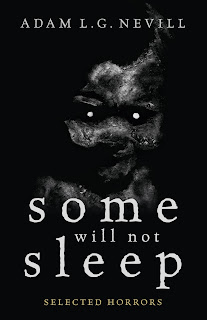 
Here is evidence of great talent, of a writer embracing and expanding a genre. The imagination on display is second to none and is matched by a prose style many would kill for. Adam Nevill is a great ambassador for horror and the genre is lucky to have him.
Posted by Anthony Watson at 11:56

Email ThisBlogThis!Share to TwitterShare to FacebookShare to Pinterest
Labels: Adam Nevill, review, Ritual Ltd, Some Will Not Sleep