Wyrd and Other Derelictions 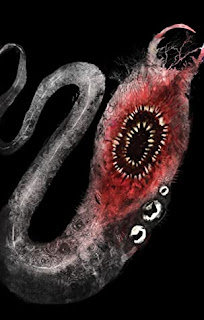 The theatre critic Vivian Mercier once described Samuel Beckett’s Waiting for Godot as a play in which “nothing happens. Twice.” In much the same way, Adam Nevill’s new collection Wyrd and Other Derelictions from his own Ritual Ltd could be described as a book in which nothing happens. Seven times.

Mercier’s quote wasn’t meant to be disparaging of course, (quite the opposite in fact), and neither is my appropriation and modification of it; the stories in Wyrd are what the author describes as “derelictions” and are all set in the aftermath of some terrible event, consisting of descriptive passages of the evidence left behind. Thus, nothing actually happens during the stories - but a lot has certainly happened just prior to them beginning. Hippocampus, the story which opens the collection is one of my favourite pieces of short fiction anyway, much of that admiration being for the style in which it was written so it’s wonderful that Adam has taken that concept and run with it, developing and expanding it to produce the six original stories which accompany it.

Given the nature of the stories there are of course no characters in which to invest your emotions and no dialogue. What we have instead are long passages of descriptive prose, a presentation of evidence and inferences from which the reader must discern what has happened. It’s a bold move and in order to work requires writing of the highest order.

Which, of course, it has. Whilst in essence the stories are lists of observations, the writing is so assured and skilful that they read like extended prose poems, composed in such a way that there is a momentum to the words, a rhythm and pace which pulls the reader in and carries them along. The imagery created is sublime and unsettling; symmetrically arranged stones, dimly lit rooms, buildings full of the dead… I’m often guilty of comparing Adam’s work to film technique - so once more can’t hurt: the stories in Wyrd put me in mind of long, single-take tracking shots, the camera moving fluidly through a scene. Such sequences can help build tension – especially if they are dialogue-free – the viewer waiting for something to happen, for something or someone to suddenly appear, and this is exactly the feeling that’s created by all of the stories in this book. The power of suggestion has rarely been so effectively deployed.

[As I write this part of the review, I’m struck by the thought that the sequence in Goodfellas sound-tracked by Layla and showing the discovery of the bodies is pretty much a filmic version of a dereliction: aftermath displayed in all its wordless glory: https://youtu.be/1Z6MJIjCJ20 ]

Because the reader is an active participant in the discoveries made within the stories, they are written in present tense, something which only helps to increase the tension. Implied within the form of the stories is the presence of an unseen narrator – or more properly a guide, leading the reader from one gruesome discovery to the next. On the whole, the guide offers no explanation or rationale, simply points out what is to be seen, allowing the reader to reach their own conclusions. I say on the whole as in some of the later stories, the guide certainly becomes more conversational, even offering up some suggestions as to what might have happened. I saw this as an evolution of the form as the book progressed, the style and content changing ever so slightly – or perhaps as signs of a growing familiarity between guide and reader. This is most apparent in the story Monument which at some points even drifts into second person, describing directly how “you” feel and the narrator/guide referring to “we” on a couple of occasions. I started reading Wyrd late at night and (because I'm old) had to read it in two goes but my advice would be to read it all at one go if possible, (definitely achievable, the overall length is that of a novella), and enjoy the subtle changes in the relationship fully.

There’s a change in the timing of the point of entry into the stories too. Whilst the early stories show the aftermath of events only, later tales offer fleeting glimpses of the perpetrators and create a feeling that events are still unfolding. The horrifying prospect that what is being described is not just an aftermath but also a beginning is one which looms large in these later tales.

The dead litter the pages, often described in forensic detail that isn’t for the faint-hearted. The “who” of the whodunnit is most obvious in the title story of the collection even if the “why” is open to speculation but in the rest there are only hints as to who, or what, has perpetrated the foul deeds on display. Hints of supernatural interference abound, possibly even extra-terrestrial forces have been at work here. Notably, there’s a distinctly coastal theme to the locations described, a perfect choice, a place where two worlds intersect and most of the aftermaths described are in remote areas, their isolation adding to the atmosphere and feelings of abandonment – and yes, dereliction - wonderfully.

Wyrd is an incredible piece of work. As I stated earlier it’s a bold move on the author’s part to take it on and the stories will not be to everyone’s liking. In musical terms this is definitely a concept album but in my opinion the concept is a brilliant one and the experience of reading this collection is one I thoroughly enjoyed and one I’m looking forward to repeating very soon. As ever, the book itself is a work of art with the impeccable production qualities we’ve grown to expect from Ritual. Once again, a stunning piece of art from Samuel Araya graces the front cover.

I don’t think it’s hyperbole to say that Wyrd pushes the boundaries of short fiction writing. Adam Nevill has produced a work of stunning originality and may even have created a new sub-genre in horror fiction. I loved this collection and can’t recommend it highly enough.

Posted by Anthony Watson at 11:00 No comments: 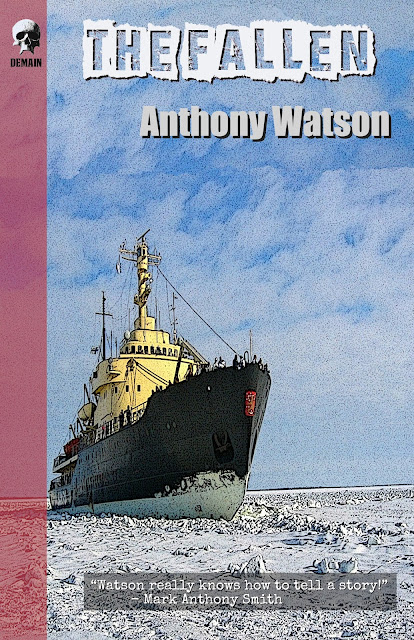 Posted by Anthony Watson at 10:50 No comments:

Email ThisBlogThis!Share to TwitterShare to FacebookShare to Pinterest
Labels: Demain Publishing, The Fallen 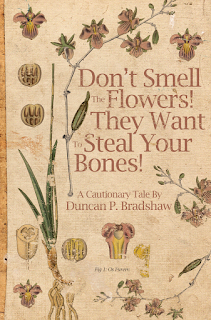 Posted by Anthony Watson at 09:57 No comments: