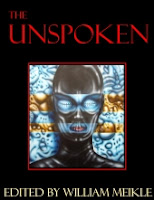 Posted by Anthony Watson at 12:12 No comments:

Email ThisBlogThis!Share to TwitterShare to FacebookShare to Pinterest
Labels: 2013 review 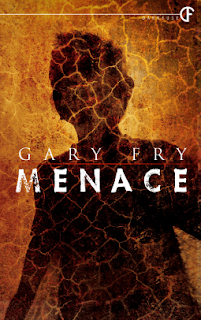 Menace is the new novella from the prolific Gary Fry and is his latest collaboration with the consistently impressive Dark Fuse. Gary is carving out a niche for himself as a purveyor of quiet, psychological - even philosophical - horror and Menace is another example of this, creating a sense of unease that grows throughout the story as model Jane begins to realise that she may have been selected for a photographic assignment in Whitby for reasons other than her looks.
The photo-shoot is for a book cover, an autobiography of novelist Luke Reacher and it's while she's at the remote location that Jane has a ghostly experience, seeing a group of children who mysteriously disappear when she seeks them out. The appearance of those same children on the final book cover is the first in a series of disturbing events encountered by Jane as she slowly uncovers the truth behind who - and what - Luke Catcher really is.
There's a strong feeling of paranoia running through the book but it's the theme of possession that's the strongest. Jane is pregnant and the knowledge of this adds to the dread the reader feels as the story progresses. There's some ambiguity generated around whether what is happening to Jane is real or just her own grip on reality slowly being eroded although the conclusion of the story is, well... pretty conclusive. And dark. Very dark.
Menace is another cracking read from Gary Fry. With perhaps a little more emphasis on the narrative thrust of the story than some of his recent offerings, it still works exceedingly well as an extremely effective psychological chiller.

Posted by Anthony Watson at 10:13 No comments: 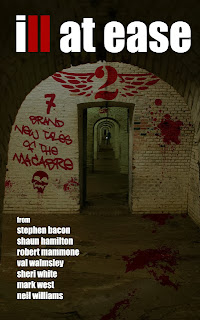 Posted by Anthony Watson at 10:16 No comments: