Terror Tales of the Lake District. 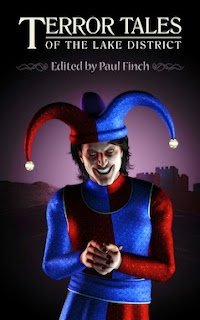 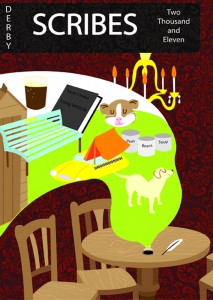 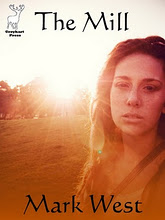 I've resisted buying a Kindle for so long now, being an old traditionalist I much prefer a proper book you can hold in your hand (err.. like a Kindle) and then keep forever on your bookshelves (unlike a Kindle!)
Truth to tell, I've still resisted and don't own one of the magic boxes. What I have done though, is download the free Kindle for PC software onto my laptop which means I can now access the wealth of literature that's out there in the virtual world. Okay - so it's not exactly portable but I've had to give up reading on the way to work anyway after I caused that seventy three car pile-up on the A1. (Maybe if I'd been driving an automatic...)
Anyway, I'm glad I've taken the plunge (or dipped my toe in the water at least) because it's allowed me to download The Mill by Mark West.
I've sung Mark's praises on this blog before - he consistently produces high quality writing - and The Mill is another example of that quality.
It's a slow burner - as so many brilliant horror stories are - with the supernatural aspects  first hinted at then gradually introduced as the story progresses. The strength of the story lies in Mark's ability to create real characters that we care about and also to tap into - and describe beautifully - their emotions.
And this is a very emotional story, dealing with loss and grief. It's a tricky thing to pull off well as there's always the risk of laying the angst on too thick and - given that this is a horror story - somehow lessening the emotional impact with an outlandish conclusion.
Mark avoids both those pitfalls in The Mill with consumate skill. The emotional content genuinely is moving and is never mawkish or sentimental and the conclusion fits in perfectly with - and is as moving as - everything that's gone before.
It's a great story and is an excellent example of there more to the horror genre than rampaging zombies. It's a classy piece of writing and you can get it here.
Posted by Anthony Watson at 14:23 1 comment:

The Burning Soul is the tenth book in the consistently brilliant Charlie Parker series by John Connolly.  It's another convoluted, multi-layered thriller by one of the best writers around at the moment. I've been reading this series since the first novel Every Dead Thing and am in complete admiration at how the quality is not only maintained but seems to improve with every new book.
What I've always liked about the books is the combination of the standard PI thriller with supernatural elements. Those supernatural elements came to the fore in my favourite book in the series The Lovers in which Parker's true nature was revealed.  The next book, The Whisperers somewhat surprisingly drew back from this (although the plot involved a decidedly supernatural object) and The Burning Soul is the same, making me wonder whether John Connolly is worried about becoming too "genre."
That's not to say there isn't a supernatural element to The Burning Soul, it may be half way through the book before it happens but it's definitely worth the wait.
The plot - as in all the other books - twists and turns and there are plenty of surprises along the way. The storyline is convoluted but never confusing.  The dialogue fizzes as normal and Parker's first person narration throws up the usual crop of pithy one-liners. Of one character Parker remarks "Now here was Walsh, looking like a man who has just been roused from a deep sleep in order to rescue an unloved cat from a tree..." Brilliant.
As well as having a great plot, beautifully drawn (and entirely believable) characters - regulars will be pleased to see Angel and Louis making an appearance - the writing itself is of an incredibly high standard. I think this book has the best opening chapter I've ever read. It's clever writing too, at one point I congratulated myself on spotting a mistake, a kind of continuity error - only to discover later in the book that it wasn't a mistake at all and was actually an important plot development. (At which point I congratulated myself again for noting it in the first place).
To recommend The Burning Soul is an entirely academic thing to do given that - like it's predecessors - it's  a firmly established fixture in the best seller lists but, if there is someone out there who hasn't discovered the series yet then I firmly urge them to do so.  Don't start here though, begin with the first book and you'll get enormous pleasure from watching the characters change and develop.
Posted by Anthony Watson at 15:29 3 comments: