Within the Wind, Beneath the Snow. 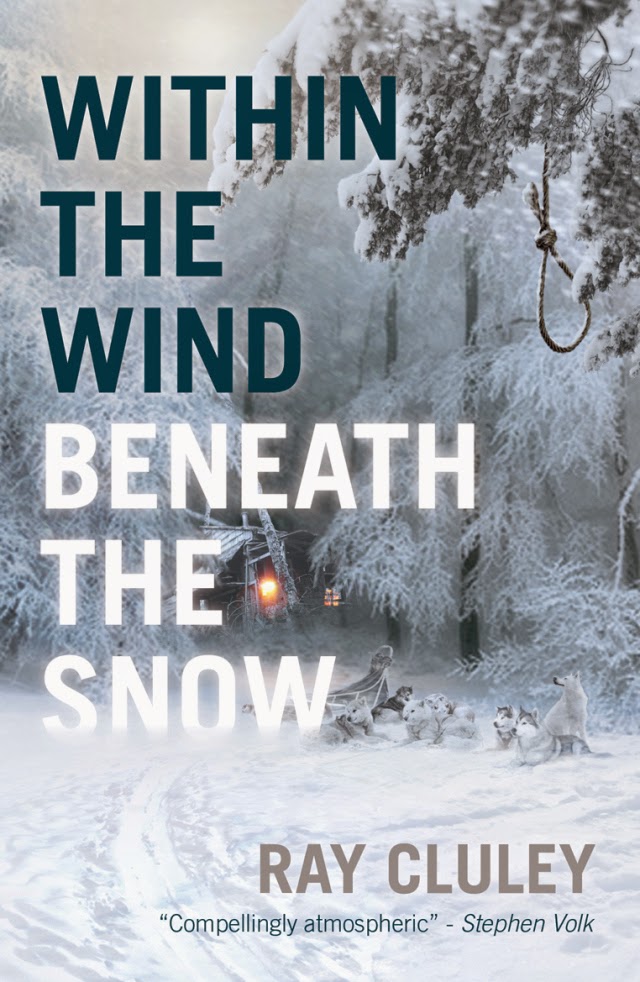 "Dog Star". The opening two words of the first release from Spectral Press's Theatrum Mundi imprint, Within the Wind, Beneath the Snow by Ray Cluley which cleverly introduce two of the thematic devices employed to brilliant effect in this sublime tale of winter horror.
I've long enjoyed Ray's writing since my first encounter with it in Black Static magazine (I think the story was Beachcombing) - that enjoyment coming not only from the imagination on display but also from the structure and form of the stories themselves. Poetic is a term bandied about frequently by reviewers (myself included) but it's an adjective which is entirely appropriate when describing Ray's writing. He's a writer who loves words and who has the skill to use them to brilliant effect. Much in the same way that a poem will use refrains, recurring words and lines, so too do many of Ray's stories, playing around with their meaning and import by changing their context within the narrative.
A combination of form and content within a story is truly a joy to behold and that's exactly what Within the Wind... provides. Set in the frozen north of Greenland, the story revolves around Gjerta Jorgensen, the fist woman to join the Slaedepatruljen Sirius - an elite dogsled team, (that'll be Sirius as in Dog Star then), and it's a narrative told in two time settings, present day and Gjerta's childhood. The story slips back and forward between the two timeframes - a wonderful device that allows a slow reveal of a traumatic event in Gjerta's childhood which provides context for the events unfolding in the present day.
It's an incredibly atmospheric tale and that atmosphere is skillfully drawn by the author. The savage beauty of the locations is wonderfully realised and the shivers and chills you'll experience when reading it will be as much down to the descriptions of just how bloody cold it is as the underlying horrors on display.
Underlying - ah yes. The horror of the story centres around the Darkteeth - a monster (probably) that lurks beneath the snow which Gjerta can sense all around her and which seems to be emerging from its home, preying on the dogs that make up the sled team. There's much very effective imagery involving bear traps employed here to marvellous effect.
A wonderful sense of paranoia builds as the story progresses and the technique of swapping between the two timeframes cleverly results in a change in context and perception (were I of a more poetic nature myself I would suggest this is like wind blowing drifts of snow into different shapes, subtly altering the landscape) so that when the story reaches its climax its impact is all the more profound. Whilst on one hand Within the Wind... is an exciting survival and pursuit story it's also deeply sad and moving, truly a haunting tale.
Ray Cluley has produced another classy piece of writing here that satisfies on many levels and Within the Wind, Beneath the Snow is a fine way to launch the new imprint. The book also contains five bonus stories, (two of which were new to me - so truly a bonus), all of which confirm that Christmas really is a time of desolate horror.
It's a book I highly recommend and you can buy it here.

Email ThisBlogThis!Share to TwitterShare to FacebookShare to Pinterest
Labels: Ray Cluley, review, Spectral Press, Theatrum Mundi, Within the Wind Beneath the Snow