At the Mercy of Beasts. 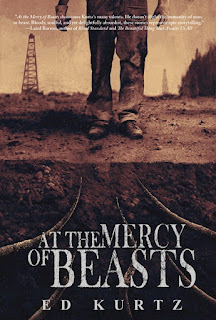 Monsters. I love ‘em. Of all the myriad variations of horror, it’s the monsters I love the most. They were my first love, my gateway drug if you like, and it’s a love which has endured for many years now. I recently saw an online discussion about the need to suspend disbelief in horror movies/books, the implication being that it was a hindrance to the enjoyment of a piece of work. To some extent this is true, if an author asks too much of a reader then it can ruin the reading experience but I’ve always regarded the suspension of disbelief as a vital part of my enjoyment of horror. I read horror as an escape from reality, as entertainment, and the books I enjoy the most are those which present alternative realities, worlds in which monsters can, and do, exist.
(And yes, human beings can be monsters too. But that is reality and God knows there’s enough examples in the world right now to make reading it in a piece of fiction pretty much redundant).
(I blame Scooby-Doo. The disappointment I felt as a child when the ghost/mummy/zombie was revealed as a real person has stayed with me all this time).
Which self-indulgent rambling brings me to At the Mercy of Beasts, a collection of three novellas by Ed Kurtz. The joy I felt at discovering this book was pushed to almost unbearable limits (I know, but bear with me, suspend your disbelief) when I found out that each of the stories took place in historical settings. Surely this was too good to be true?
No, it wasn’t. I loved every bit of this book; the period detail, the characters, the plotlines and - of course - the monsters.
The opening story is Black’s Red Gold, set in the Texas of 1919 and detailing the exploits of a pair of oilmen, Black and Wells, whose drilling operation uncovers a rich seam of the titular substance, a fluid similar to oil – though different in colour – but which, it turns out, burns for much longer.
The fluid is biological rather than geological however, emanating from the first of the collection’s beasts, a huge tentacled monster residing underground. The knowledge that the Red Gold comes from an animal (from huge vesicles on its back) does nothing to deter Black in his efforts to extract the fuel, his desire to become rich over-riding any concerns for the welfare of the beast.
It’s a tale of exploitation then, and one which becomes darker when the beast fights back and the men sent down into its lair become infected with bubo-like sacs which are filled with the same fluid. It’s a development which gives a whole new meaning to the term Human Resources…
It’s a strong start to the collection, the story’s political allegory sitting very comfortably and unobtrusively within a cracking, and at times darkly humorous, narrative.
Next up is Kennon Road, which takes place in the early years of the twentieth century in the Phillipines shortly after the Phillipine-American war. It’s a story which, unlike the first which created a new monster (albeit one which put me in mind of Gla’aki), uses an established myth – that of the manananggal – to provide its creature.
And boy, what a creature. Reading a cold description of the manananggal in Wiki or suchlike fails to bring out the true horror of this vampire-like monster but that’s certainly not the case in this incredibly atmospheric tale. Kurtz’s take on the mythology results in a truly disturbing creation and the passages in which it features are deeply unsettling. Anyone who thinks monsters are old-hat and have lost their power to terrify should definitely read this novella.
The story takes the form of an investigation into a series of grisly murders, a template which allows exposition with a natural feel to it, a few twists and turns along the way and a number of incredibly effective set-pieces.
Deadheader rounds of the collection and is the most contemporary of the three novellas being set in 1977. The title has nothing to do with fans of the Grateful dead but refers to the practice of truckers taking on a cargo without going through the usual formalities and paperwork. The trucker in this case is Pearlie Pearce, a brilliantly realised character who picks up hitchhiker Ernie Kinchen, a Vietnam veteran haunted (literally) by his time in the warzone.
It’s a fast-paced, incredibly pulpy story featuring car chases and fights. The monsters here are vampiric in nature too, modelled on the chupacabra, fittingly given the story’s US/Mexico border setting.
Deadheader provides a thrilling end to a superb collection of stories. Along with Kennon Road it provides ample proof that there’s plenty life in the old monsters yet. Honestly, all those publishers who state “no vampires (or other monsters) in their submission guidelines are missing a trick. It was a joy to read At the Mercy of Beasts and it’s a book I recommend highly.

Email ThisBlogThis!Share to TwitterShare to FacebookShare to Pinterest
Labels: At the Mercy of Beasts, Ed Kurtz, review